Most Secret, my second historical novel (ebook edition), is currently on sale for $0.99

Jane Stowe frequently finds her irritable father, peevish stepmother, and half-brother Rupert a trial. Her only hope of eventual escape is her maternal uncle, Roger Markham, whose heir she is. When he dies under mysterious circumstances, Jane is the obvious suspect.

Sent to unofficially investigate a suspected smuggler, Alex Gordon uncovers a plot to send a cargo of muskets to Bonnie Prince Charlie in Scotland. Now he’s been told to leave the rest to the professionals. But Jane Stowe, who provided the first clue to the plot, is suspected of murder. Her feckless half-brother is involved. It’s all connected, and the professionals have no stake in saving Jane from the gallows or Rupert from a charge of treason.

Alex, with nothing more than a talent for amateur theatricals, lock-picking, and a personal interest in Jane, has a plan. Or most of a plan, at least. It will take him to Scotland and make him a fugitive from both Jacobites and the Crown, and send Jane into hiding. 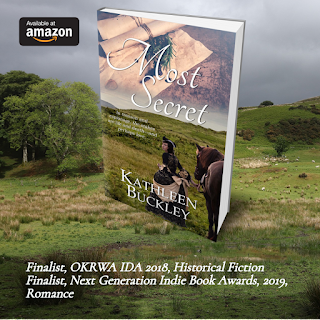 Posted by Kathleen Buckley at 6:19 AM