The cover art* and blurb were recently approved for my third historical romance (and no, there are no half-clad men in this one, either). The Wild Rose Press hasn’t given me a publication date yet, but I expect it will be within the next several months.

Captain Easterday's Bargain resulted from research on shipping in the Pool of London for a previous novel, which brought to mind my own family connection to the shipping industry. My paternal grandfather worked for Railway Express throughout the Great Depression, until his retirement in the 1960s. My father worked for the Alaska Railroad from the end of World War II until he retired in the 1970s. I worked for two years as a security officer on Seattle's waterfront early in this century. Most of us never think about how fruit gets to our supermarket in the winter, or that we can buy specialty items from half the world away and they arrive, sometimes now in a matter of days rather than months. But even with motor freight, shipping containers, and computerized tracking, some things haven't changed much since the days of sailing ships and freight wagons. As one of the managers at the marine terminal where I was stationed put it, after a long, difficult day, "It just never ------- stops, does it?"

Blurb:
London's cutthroat shipping trade is no place for a lady, although Olivia Cantarell has secretly acted as her father's assistant for years. Now she has inherited his company, she has no mind to give up control over it—and herself—by marrying, however flattering it is to be sought after for the first time in her life. In spite of threats and intimidation, she will fight to keep her business.

Careful, responsible, and twice jilted, Captain Marcus Easterday has no heart to attempt marriage a third time. But he cannot stand by and see a woman cheated of her livelihood by Ambrose Hawkins, rumored to be a former pirate, a man whose name is known and feared in ports from the West Indies to China.

Courted by the ruthless Hawkins while relying on the scrupulous Easterday's help, Olivia must conceal the identity of one of her clerks and protect her company and employees. Who can she trust? 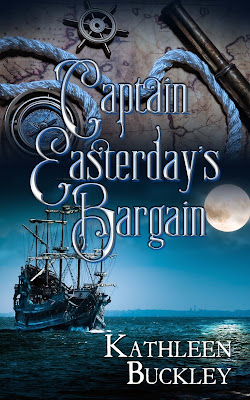 *No, I don't know what kind of ship that is on the cover. Seems awfully high and ornate in the stern. If you recognize it, please let me know—I looked at a lot of pictures of sailing ships when I was writing Most Secret, but never came across one like this.

On the other hand, it conveys the maritime theme and the moon hints at romance. Works for me.
Posted by Kathleen Buckley at 3:40 PM No comments:

Most Secret, my historical romance set in the days leading up to the 1745 Jacobite Rebellion, recently won Third Place in the Historical division of the Oklahoma Romance Writers of America International Digital Awards.

In celebration whereof, I’m sharing one of the very, very few 18th century recipes that use chocolate. They drank chocolate, of course, but they seldom used it otherwise: no one ate bon-bons or devil’s food cake or chocolate chip cookies in the 18th century or indeed, well into the 19th century. What made our chocolate candy and cake possible was the invention in 1828 of the Dutch process for treating cacao beans, which greatly facilitated the use of chocolate by reducing the acidity of the beans and increasing solubility.

Take a quarter pound of chocolate, breaking it into a quarter of a pint of boiling water; mill (i.e., beat) it and boil it until all the chocolate is dissolved; then put to it a pint of cream and two eggs well beaten; let it boil, milling it all the while; when it is cold, mill it again, that it may go up with a froth.

The chocolate used must have been “drinking chocolate”, sold in tablets, introduced in England in 1674, consisting of roasted, shelled, crushed cacao beans which were ground to a gritty powder, to which were added sugar and spices. 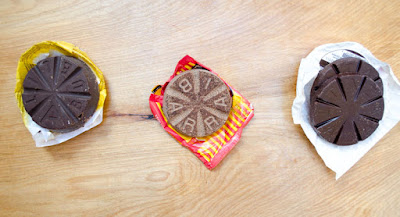 I used two large eggs; 18th century eggs would have been smaller; a little smaller than our “Small” eggs, which are supposed to average out to 1.5 ounces. Going by the traditional pound cake recipe dating at least to the 18th century of one pound each of flour, sugar and eggs, eggs of the period must have averaged about 1.33 ounces each.

The result was softer than modern mousse, possibly because of the larger eggs, or maybe because I don’t have a kitchen maid to beat the mixture for an extended period. I may not have boiled it as long as I should, either. But it was quite tasty. When I try it again, I’ll address those issues. 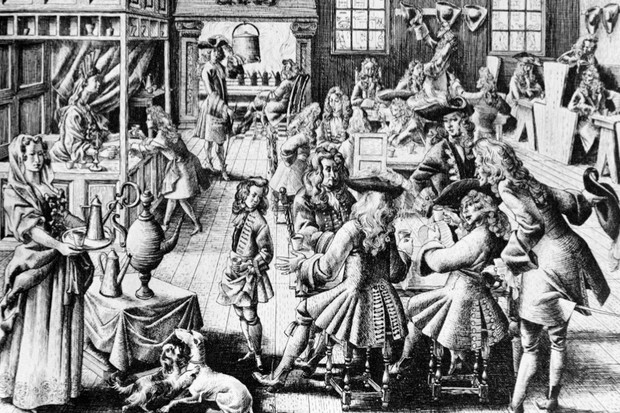 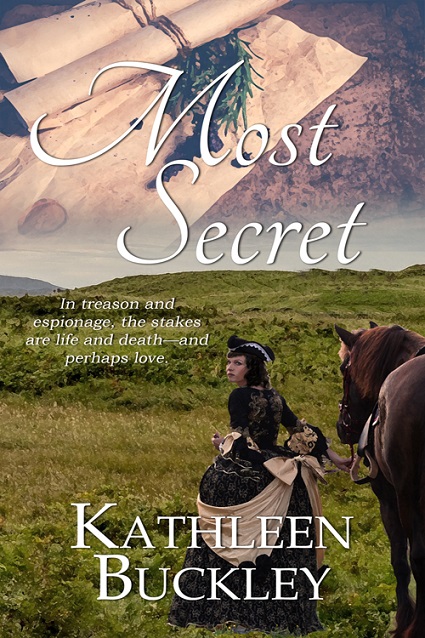 Posted by Kathleen Buckley at 11:30 AM No comments: